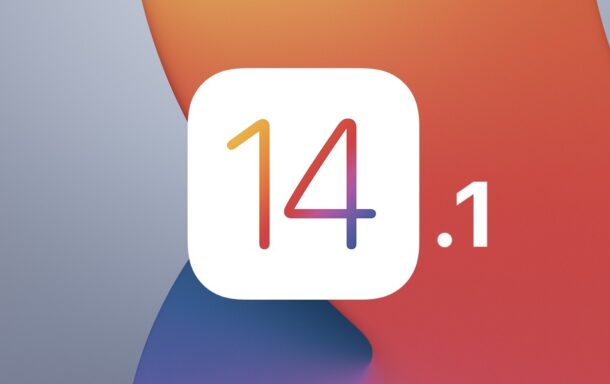 iOS 14.1 and iPadOS 14.1 are the first major point release updates for iOS 14 and iPadOS 14 and include a variety of bug fixes and improvements, making it recommended for all users who are currently running a prior iOS 14 or ipadOS 14 release.

As usual, backup the iPhone or iPad to iCloud, iTunes, or to a Mac with Finder before beginning any software update. 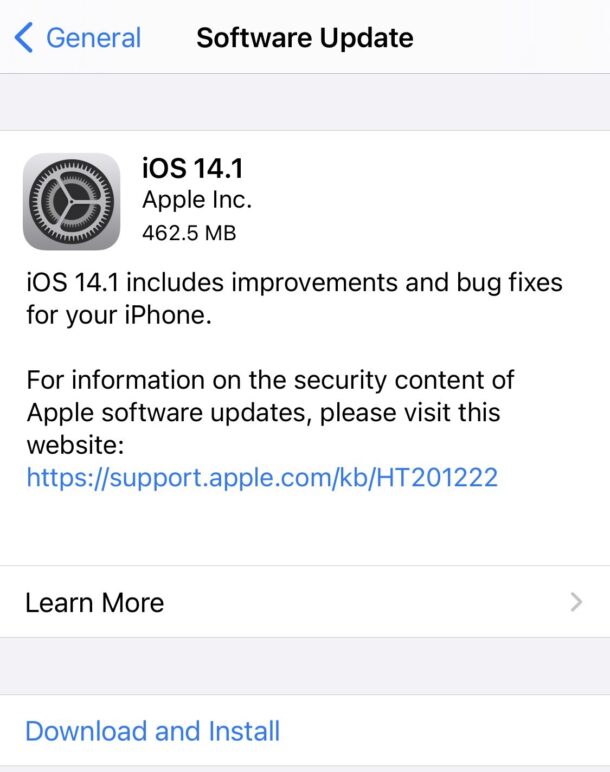 The point release update should install relatively quickly, and as usual will reboot the device to complete installation.

Optionally, users can also update to iOS 14.1 and iPadOS 14.1 by using a computer, either with iTunes, or a Mac running Catalina, Big Sur, or later with Finder. This obviously requires connecting the device to the computer via a USB cable.

Finally, advanced users can update their devices with IPSW firmware files, using the links below to apply the firmware updates via Finder or iTunes.

Release notes accompanying the iOS 14.1 and iPadOS 14.1 release are as follows:

“iOS 14.1 includes improvements and bug fixes for your ‌iPhone‌.

– Addresses an issue where some ‌widgets‌, folders, and icons were showing up in reduced size on the Home Screen

– Fixes an issue that could prevent zeroes from appearing in Calculator

– Some features may not be available for all regions or on all Apple devices. For information on the security content of Apple software updates, please visit this website:
https://support.apple.com/kb/HT201222”

Separately, there are also small software updates available for watchOS and HomePod.

Holy cow! This HP Chromebook is only $129 for Black Friday

iPad Pro: Apple will reportedly launch two in 2021 — what we know