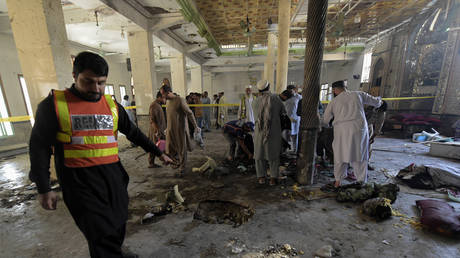 At least seven people were killed and more than 70 wounded in an explosion inside a seminary in northern Pakistan on Tuesday morning. Children are among the victims.

The blast took place in Peshawar, the capital of the northwestern Khyber Pakhtunkhwa province. Senior police official Wagar Azim told AFP that a bomb brought inside the Speen Jammat mosque, which also functions as a religious school for local children, went off in the middle of Quran studies.

Lady Reading Hospital spokesperson Mohammad Asim told the media that the attack claimed at least seven lives, while more than 70 people were hospitalized.

Police have cordoned off the area and a rescue operation is underway.