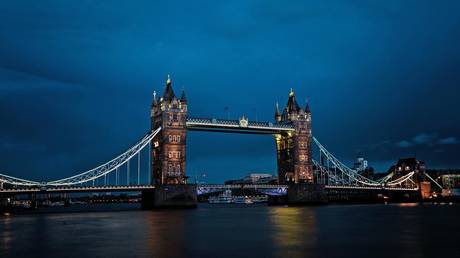 The UK officially entered recession after its economy contracted more than any major European country during Covid-19 lockdown. Its GDP plummeted 20.4 percent in the second quarter, the biggest drop since records began in 1955.

The figures show that the damage was widespread, with the construction industry alone seeing a 35 percent contraction. Services, the biggest part of the economy, nosedived 20 percent, and industrial production shrank 17 percent. Construction led June’s rebound, while services increased a more modest 7.7 percent.

According to the data, government spending dropped 14 percent, while business investment plunged 31.4 percent. Consumer spending declined 23.1 percent. The hospitality industry saw the biggest drop in productivity, tumbling 75 percent. Wages and salaries fell 1.6 percent, the first decline since 2015 and the largest since 2008.

“The long duration of the lockdown in the second quarter, due to the government’s slow response to Covid-19 in March, followed by its failure to prevent the virus from spreading from hospitals, was at the root of the economy’s underperformance,” Samuel Tombs, chief UK economist at Pantheon Macroeconomics, wrote in a report, cited by Bloomberg.

The Bank of England said the labor market was a key concern, while officials fear a jump in unemployment when government job support is withdrawn later this year. The number of employees on payrolls is already down around 730,000 compared with March.

“I’ve said before that hard times were ahead, and today’s figures confirm that hard times are here,” said Chancellor of the Exchequer Rishi Sunak. “Hundreds of thousands of people have already lost their jobs, and sadly in the coming months many more will.”

Billions of pounds have been injected into the country’s financial system through bond purchases and lending programs. The central bank has also cut its key interest rate to near zero, having warned that the longer the recovery takes, the greater the risk of economic “scarring.”

7 Creative ideas to design your home with Green Color

Water found on sunlit side of the moon’s surface, says NASA