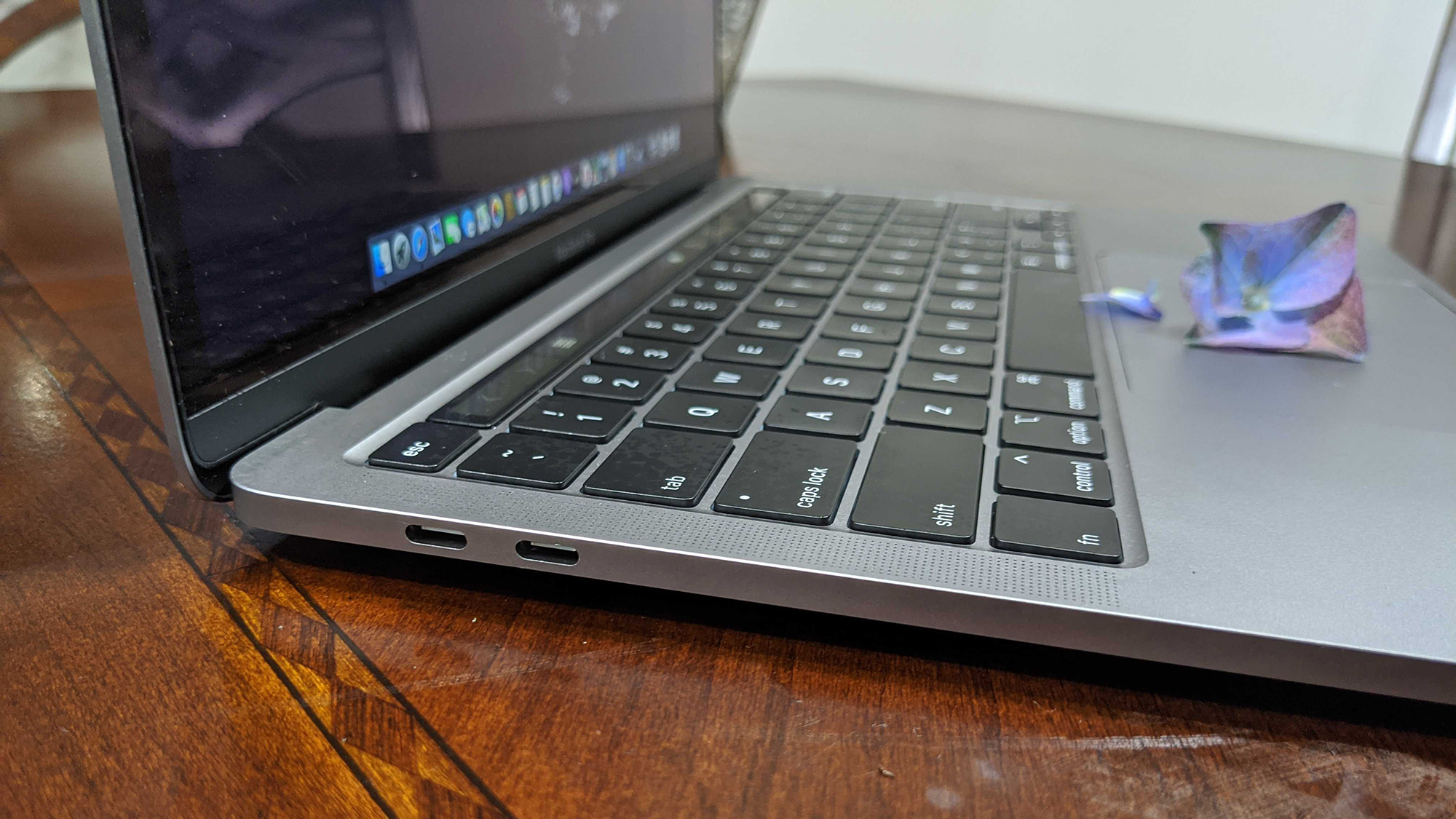 Apple laptop owners breathed a collective sigh of relief this year after the release of the MacBook Pro (13-inch, 2020), which represented the end of the widely disliked and unreliable Butterfly keyboard era. So any indication that Apple is considering another switch to its keyboards isn’t likely to elicit a positive response.

Unfortunately, that’s exactly what this new patent filing (discovered by Wccftech) with the US Patent & Trademark Office suggests. This time around, the invention is individual transparent glass keys (via TechRadar).

The idea is that the top of the key would be completely transparent and the glyph (letter/number/symbol) would be on the bottom of the key made out of light-blocking material. This would have the immediate benefit of preventing the issue of wearing away the markings on your keyboard.

Durability overall appears to be one of the primary focuses of this design as a harder glass or glasslike substance is going to be less prone to failure or wear than the current plastic construction. This would also allow for a thinner overall structure, perhaps gaining Apple the space it had to sacrifice when it moved away from the Butterfly keyboard.

Naturally, this design also opens up substantial opportunities for backlighting with references in the patent to RGB backlights and the ability to light up specific areas of keys with varying colors and levels of brightness.

While I’m trepidatious about any change to Apple’s keyboards (having owned two Butterfly variants that had me visit the Genius Bar on multiple occasions), this does sound like an interesting concept if Apple can deliver a rigid transparent material that is comfortable to type on.

As always with patent filings, these concepts are often years away from implementation if they ever see the light of day at all, so don’t look for Apple to make any keyboard changes along these lines anytime soon.

“I feel like I know him better now, all thanks to his fans,” writes Sushmita Sen remembering Sushant Singh Rajput : Bollywood News

Why do young people prefer to move to big cities?