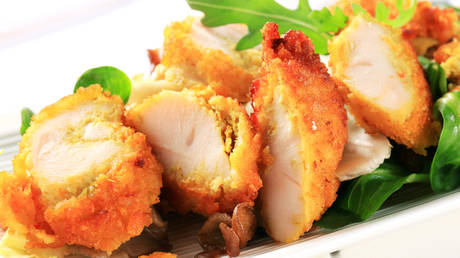 The family of an 18-year-old who was in a coma for over two months were beginning to lose hope, when the teenager miraculously woke up after his brother mentioned his favourite food: chicken fillets.

The teen from northwestern Taiwan fell into the coma after being involved in a serious accident while riding his scooter. He suffered a range of life-threatening injuries, including serious bleeding in several internal organs.

In the aftermath of the horrific accident, doctors were able to stabilize his condition and save his life, but he fell into a deep coma, Taiwan News reported.

A nurse said the teen, referred to as Chiu in news reports, went through a constant “tug of war with the god of death” during his lengthy ordeal.

His family were a constant presence at his side, praying that he would be revived. On the 62nd day, Chiu’s older brother joked that he was going to feed him his favourite food: chicken fillets.

As if by magic, the teenager began to regain consciousness, and his vital signs stabilized. Chiu subsequently made a full recovery and has been discharged from hospital. He returned to present staff with a cake to thank them for taking care of him.