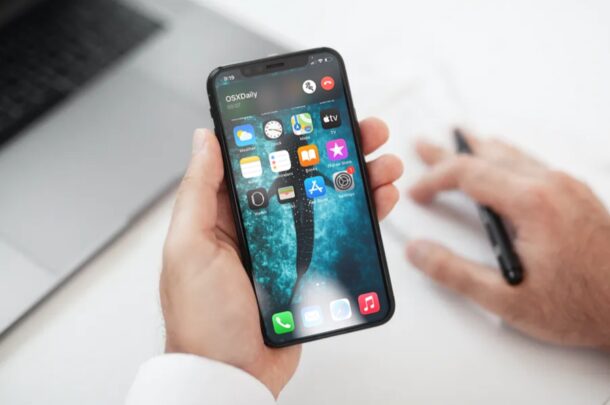 How often have phone calls interrupted what you were doing while using your iPhone? Maybe you were reading an article, or writing an important email, and suddenly the whole screen is taken over by an incoming phone call. Sure, you can send the call to voicemail but that may be rude on undesirable, depending on who is calling. Regardless, we’ve all been there at some point, but this shouldn’t be an issue anymore because of the compact call interface that has been introduced to iPhone in iOS 14 and later.

Until recently, whenever you received a phone call while using your iPhone, the call interface just took over the entire screen, blocking your activity completely. You either had to decline the call, silence it, or wait for your iPhone to stop ringing to get back to your task. However, once you update to iOS 14, incoming calls will appear as a banner at the top of your screen, allowing you to continue with your task and even silence the call if necessary. In this sense, an incoming call now resembles more of any other generic notification, and you can quickly dismiss it or respond to it as needed.

This is a great new feature that many users will appreciate, and it works for incoming phone calls and incoming FaceTime calls too. If you’re curious how the compact call interface on your iPhone or iPad works, read on to learn more.

How to Use the Compact Call Interface on iPhone and iPad

Make sure your iPhone is updated to the latest version of iOS before you go ahead with the procedure. Just follow the steps below to get started.

Fairly straight forward, and now you’ve learned how to use the compact call interface. Try it out the next time an incoming call comes in to your device.

It’s worth pointing out that the new compact UI will only show up when you’re receiving a phone call while actively using the iPhone. In other words, if the iPhone (or iPad) is sitting locked or unused, the entire screen will still show the incoming phone call.

As mentioned before, this compact interface applies to not just regular phone calls, but FaceTime calls as well. And while we’re obviously focusing on iPhone here, the compact call interface also exists on iPod touch and iPad, so assuming you have iPad setup to make and receive phone calls or FaceTime calls, then the feature basically works the same there, just on a bigger screen.

Thanks to this new feature, you can play your favorite game, finish an important email, or watch your favorite shows on Netflix, without worrying about getting interrupted by a phone call. Whether you accept or ignore the call, you can continue on with your current activity and not lose track of it.

Apart from the smaller inbound call interface, Siri has also received a new compact user interface with the latest iOS updates. Siri no longer takes up the whole screen like it used to. Instead, it now pops up at the bottom of your screen and the search results will show up at the top in a banner style. Another convenient and handy feature that allows you to focus on what you’re doing on the device, without having an interruption take over everything on your screen.

Are you putting the compact call interface to good use while multitasking on your iPhone? What do you think of this handy feature? Share any of your experiences, thoughts, and comments as usual!