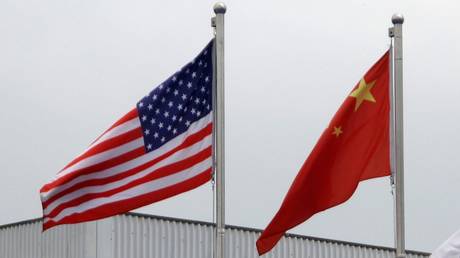 Beijing has called on the US to reverse its decision to remove the East Turkestan Islamic Movement from its list of terrorist organizations, accusing Washington of ‘whitewashing’ militant groups.

Speaking at a press briefing on Friday, Foreign Ministry spokesperson Wang Wenbin said that “China deplores and firmly opposes the US decision” to drop the East Turkestan Islamic Movement (ETIM) from its list of designated terrorist groups.

Demanding the US reverse its decision, he strongly affirmed that “terrorism is terrorism” and urged America to “refrain from ‘whitewashing’ terrorist organizations or going backwards in international cooperation on counter-terrorism.”

Spokesperson @MFA_China: ETIM is an internationally recognized terrorist group listed by the @UN Security Council. The US should correct its mistakes, refrain from whitewashing terrorist organizations, and stop reversing the course of international counter-terrorism cooperation. pic.twitter.com/OQPEJ3sNfg

The change in policy was made in a US State Department notice by Secretary of State Mike Pompeo, although the Trump administration did not immediately explain why they had delisted the group. The absence of an explanation led Wenbin to accuse the US of having “flip-flopped” on the designation and claiming it has exposed “the current US administration’s double standard on counter-terrorism.”

Removing ETIM from the list means that the group will no longer be subject to any US sanctions that were imposed, removing any limits on financial transactions or travel restrictions that had previously applied.

Beijing has been accused of detaining up to one million Uighurs and other Muslim minorities in internment camps in Xinjiang, which China terms “vocational training centers.”

The ETIM is an Islamic extremist group founded by Uyghurs in Western China who seek to create an independent Islamic state in Xinjiang, called East Turkestan. The group has been affiliated with Al-Qaeda and it has been listed as terrorist by the UN Security Council ISIL (Da’esh) and Al-Qaeda Sanctions Committee since 2002.