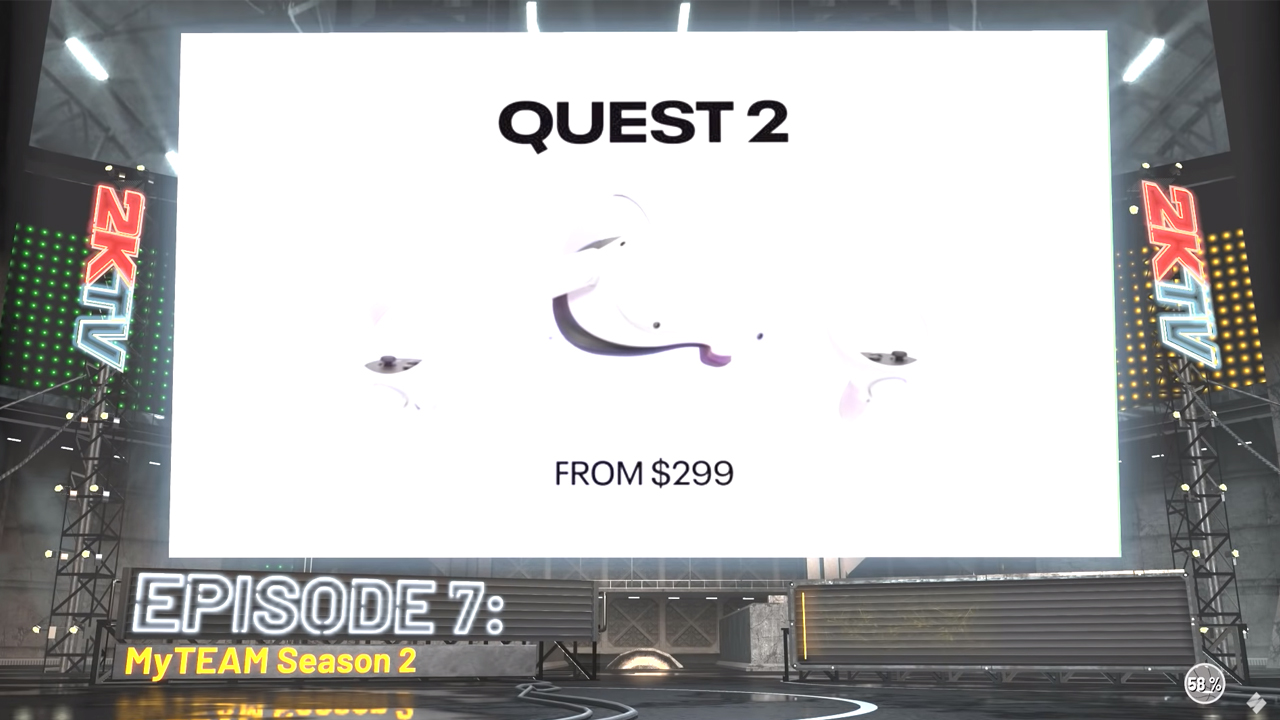 2K has shamelessly implemented in-game advertisements into NBA 2K21 in a post-launch update. Fans aren’t happy about this, especially since this isn’t the first time 2K has had controversial business practices.

Earlier this year, the company was the first to introduce a $70 price tag for the next-gen edition of NBA 2K21. 2K has also been previously criticized for its inclusion of casino-like microtransactions in NBA 2K20.

Gamers have been hesitant about the next-gen price increase across the board, but NBA 2K21 was the first game with the new $70 price tag. For a series in which every new installment features egregious microtransactions and an experience that is similar to its predecessors, fans couldn’t help but note how shamelessly 2K sprinted to a higher price point.

Now, the company is taking things a step further by introducing unskippable in-game advertisements to the current-gen edition of NBA 2K21.

In a video by Stevivor on YouTube, we can see that when players enter a game, they’re greeted by an advertisement. In this specific instance, it’s an ad for the Oculus Quest 2.

While this advertisement is playing, players are unable to edit their team or interact with the game. They’re forced to stop what they’re doing and watch the ad.

Expecting a player to purchase a game for $60 ($70 for the PS5/Xbox Series X editions) only to try and squeeze more money out of them by shoving an advertisement down their throat is pretty awful.

This will also become an issue when PS5 and Xbox Series X introduce lightning-fast load times. What’s the point of the SSD if a game is going to force the player to wait through an advertisement anyway?

Projected Odds and Totals for Every Premier League, Bundesliga, La Liga, Serie A, and Ligue 1 Match This Weekend (Oct. 23-26)

Top 3 Ways to Move Contacts From Samsung Account to Google

Get the best EA games for up to 85% off in this Xbox Black Friday deal: Save on Star Wars, Battlefield and more

How to Add Podcasts to Apple Watch

A Complete Guide to Fixing Android Recovery Mode Not Working

Holy cow! This gaming disk is 46% off in an epic Black Friday deal