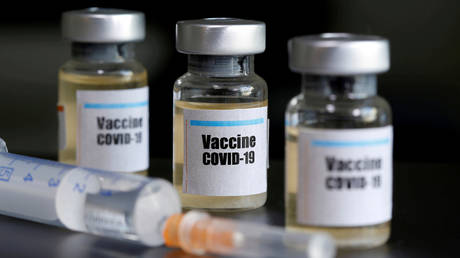 Israel’s secret service organization, Mossad, has obtained China’s Covid-19 vaccine, taking the medicine for “study,” local media reported. Israel has already developed a vaccine of its own, which is undergoing human trials.

Mossad brought the vaccine to Israel in recent weeks, Israel’s Channel 12 reported on Monday. It was not immediately clear how exactly the agency obtained the medicine.

Multiple government sources have “indirectly” confirmed the report to local media. The goal of the procurement is said to be study of the Chinese compound and further exploring vaccination options. Apart from that, a senior health ministry official confirmed that the country is seeking to purchase Covid-19 vaccines from other countries.

“There are several diplomatic efforts going on behind the scenes,” the official told the Jerusalem Post. “We are trying everything we can to ensure Israeli citizens have access to a vaccine as soon as possible.”

Israel has already developed a Covid-19 vaccine of its own, yet its testing process remains at an early stage. Last week, the Israel Institute for Biological Research in Ness Ziona announced the name of its vaccine, which has been dubbed ‘Brilife’.

The vaccine has already received all the necessary approvals and its Phase 1 human testing is expected to begin next week. At first, the medicine will be trialed on some 100 volunteers, and if everything goes well, a further 1,000 people will partake in the Phase 2 trials next spring.

In recent weeks, Israel has endured a sharp increase in new coronavirus cases with the disease tally currently standing at the 310,000 mark. While the figure appears to be relatively small compared to the worst-affected countries, it’s rather sizable for the 8.9 million nation and constitutes some 3.4 percent of the whole population.

Worldwide, the number of confirmed coronavirus cases has reached well over the 43 million mark, the latest statistics by the Johns Hopkins University show. More than 1.1 million people have succumbed to the disease since the beginning of the pandemic.

The Best Player Prop For Bears vs. Rams On Monday Night Football