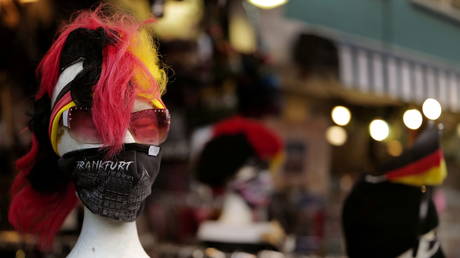 Restaurants, gyms and theaters will be shut for a month from November 2 as part of new measures aimed at preventing spiking coronavirus cases from overwhelming German hospitals, Chancellor Angela Merkel has said.

The situation in Germany, which registered 14,964 new infections and 85 deaths from the disease over the last 24 hours, is “very serious,” Merkel said on Wednesday. “We need to take action now.”

“Our health system can still cope with this challenge today, but at this speed of infections it will reach the limits of its capacity within weeks,” she added, explaining the need for the tough measures.

According to an agreement reached by Merkel and the leaders of Germany’s 16 states on Wednesday, restaurants, bars, theaters, cinemas, gyms and swimming pools will be closed across the country starting from next week.

However, the chancellor promised that businesses will be compensated for a month of stoppage, with smaller companies expected to get 75 percent of their income from the state.

Private gatherings will be limited to 10 people from no more than two households. Germans will also be asked to avoid travel for non-essential reasons, with overnight stays in hotels to be available only for those on business trips.

The government is trying to minimize the economic impact of the new lockdown, Merkel said, adding that schools and kindergartens will remain open.

Germany had long been praised internationally for maintaining much lower infection and death rates than other western European nations such as France, Italy, Spain, and the UK. But it has been unable to avoid the second wave of the virus, with new cases on the rise in recent weeks.

According to Covid-19 data recorded by the Robert Koch Institute, 464,239 people have been infected and 10,183 died in the country so far.

Berlin’s mayor, Michael Mueller, welcomed the restrictions, saying that the “hope is that this will give us a chance to de-escalate this dramatic situation.”