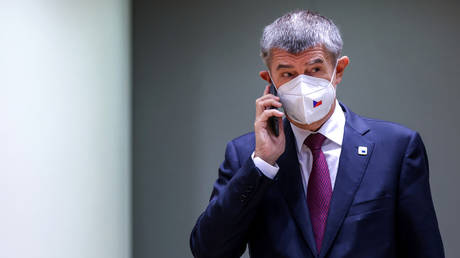 The Czech Republic’s health minister, Roman Prymula, is set to lose his job after attending an establishment that appeared to be open in violation of the Covid-19 lockdown rules he implemented.

Prime Minister Andrej Babiš has said he will fire Prymula if he refuses to resign after an “inexcusable” mistake saw him photographed leaving a restaurant that should have been closed after new Covid-19 rules were introduced.

The Czech daily tabloid, Blesk, claims Prymula also failed to wear a mask while in his chauffeur-driven ministerial car.

However, the minister has held a brief news conference at which he declared he had no intention of resigning, and instead argued he had not broken any lockdown measures, as he did not directly meet anyone in the restaurant.

Prague City Council responded by stating that it will begin “administrative proceedings” to hold Prymula and the restaurant accountable for their actions.

As he was appointed as health minister only last month – with a specific mandate to implement stronger steps to combat the spread of coronavirus – this breach of his own measures is an embarrassing blow for the government.

Prymula’s cabinet colleagues have publicly backed Babiš’s call for his dismissal, with Interior Minister Jan Hamáček stating that “the prime minister’s decision was the only possible and correct solution,” and was necessary to “maintain public confidence.” Hamáček had already posted on Facebook that lockdown rules must “apply without excuse to everyone.”

The Czech Republic has been under increasing pressure to combat the surge in Covid-19 cases, racking up more than 223,000 new infections since the country’s first reported infection in March. Taking into account per capita figures, this is the highest number in the European Union. The country has reported a third of its total cases within the past seven days alone.

This isn’t the first coronavirus-related scandal to hit the country’s government. Back in the summer, Babiš faced criticism himself, after he went on holiday to Crete despite urging his citizens not to leave the Czech Republic.