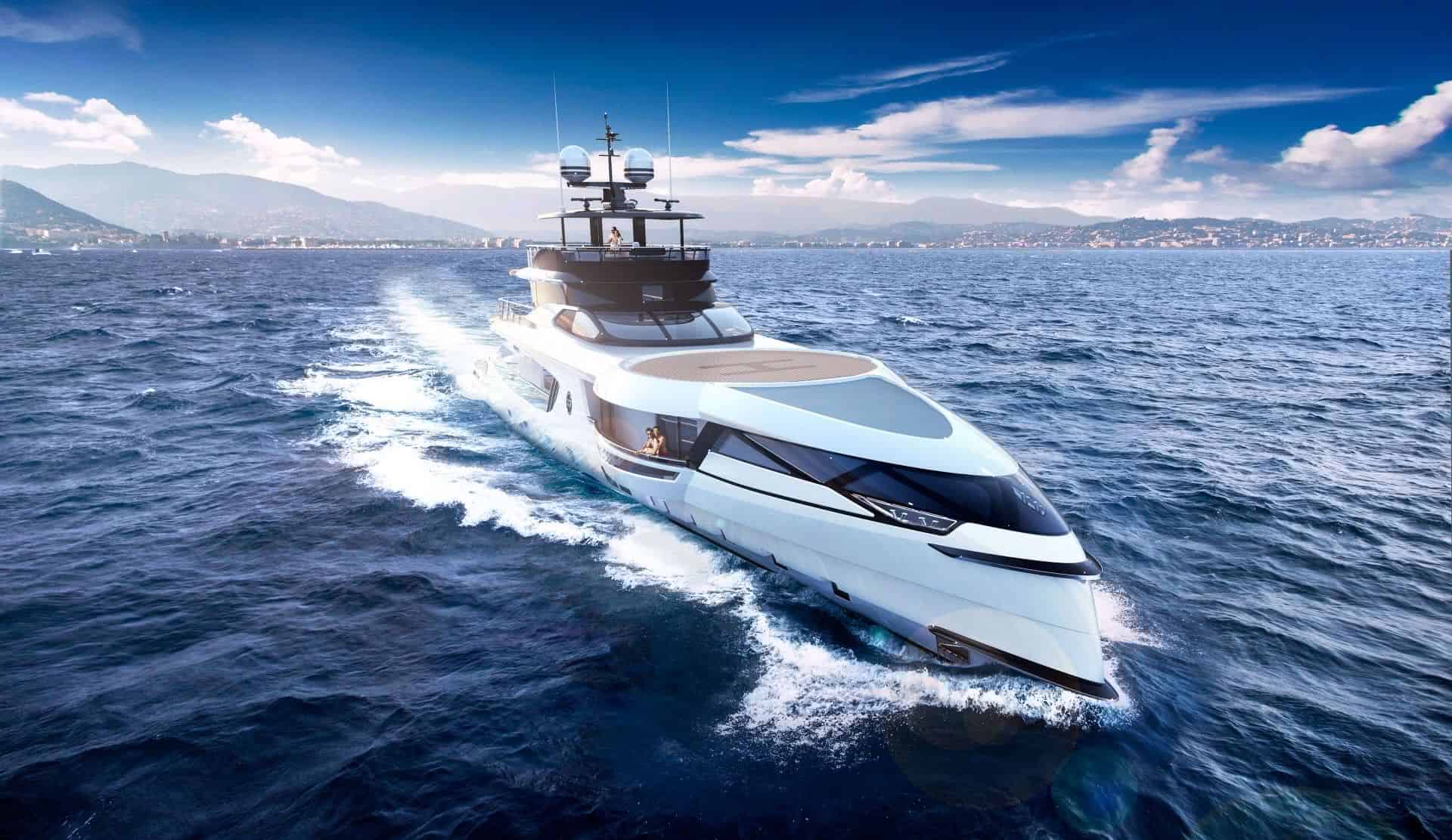 Over the past couple of years yachting has risen to prominence as more and more people have begun looking at alternatives to air travel, creating a huge demand in the luxury yacht charter market. Swedish activist Greta Thunberg has brought the issue of climate change into public consciousness, causing more people to take responsibility for how their actions impact the environment.

Last year a staggering 915 million tonnes of C02 was produced by the aviation industry as it carried 4.5 billion passengers around the globe. In the UK last year there’re an estimated 2.5 million people chose to sail rather than fly, taking short trips across the English Channel or even longer trips like taking out a British Virgin Islands yacht charter via BorrowABoat.

That figure is predicted to rise by double digits next year which is good news for the boating world which has already had a great 2020 thus far. Read on to find out which yacht launches have captured the imagination of sailing enthusiasts so far this year. 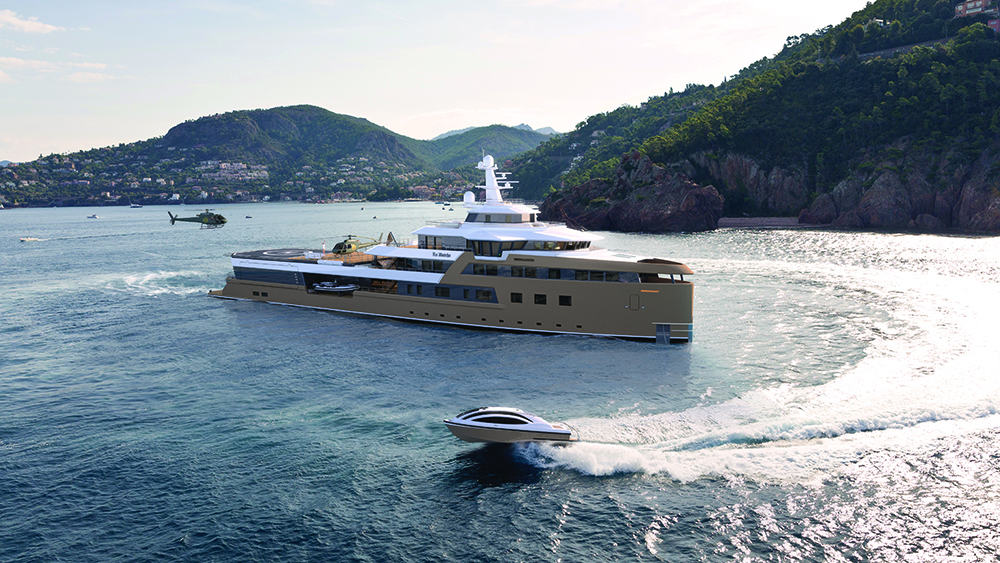 Earlier this month the first hull in Damen’s SeaXplorer 77 expedition yacht series took to the water at the Amels Vlissingen-based yard. La Datcha was commissioned by a well-off client who wanted an expedition boat that could accommodate surfing, diving and heliskiing.

Official renderings of La Datcha were first presented to the public at the Monaco Yacht Show in September and now, the boat has become a reality. Designed by Azure Naval Architects, this six-tiered yacht offers luxury accommodation for 12 guests as well as space for 25 crew members.

La Datcha has been designed as much for comfort as it has for practicality. It has space for 40 days’ worth of provisions for long spells away at sea, as well as two helicopters, a helideck, a diving centre and two tender garages.

The boat’s stunning façade evokes that blend of practicality and comfort, forming an impressive vista for fellow seafarers. La Datcha has been robustly designed to run all-year round and will be welcoming its first guests shortly. 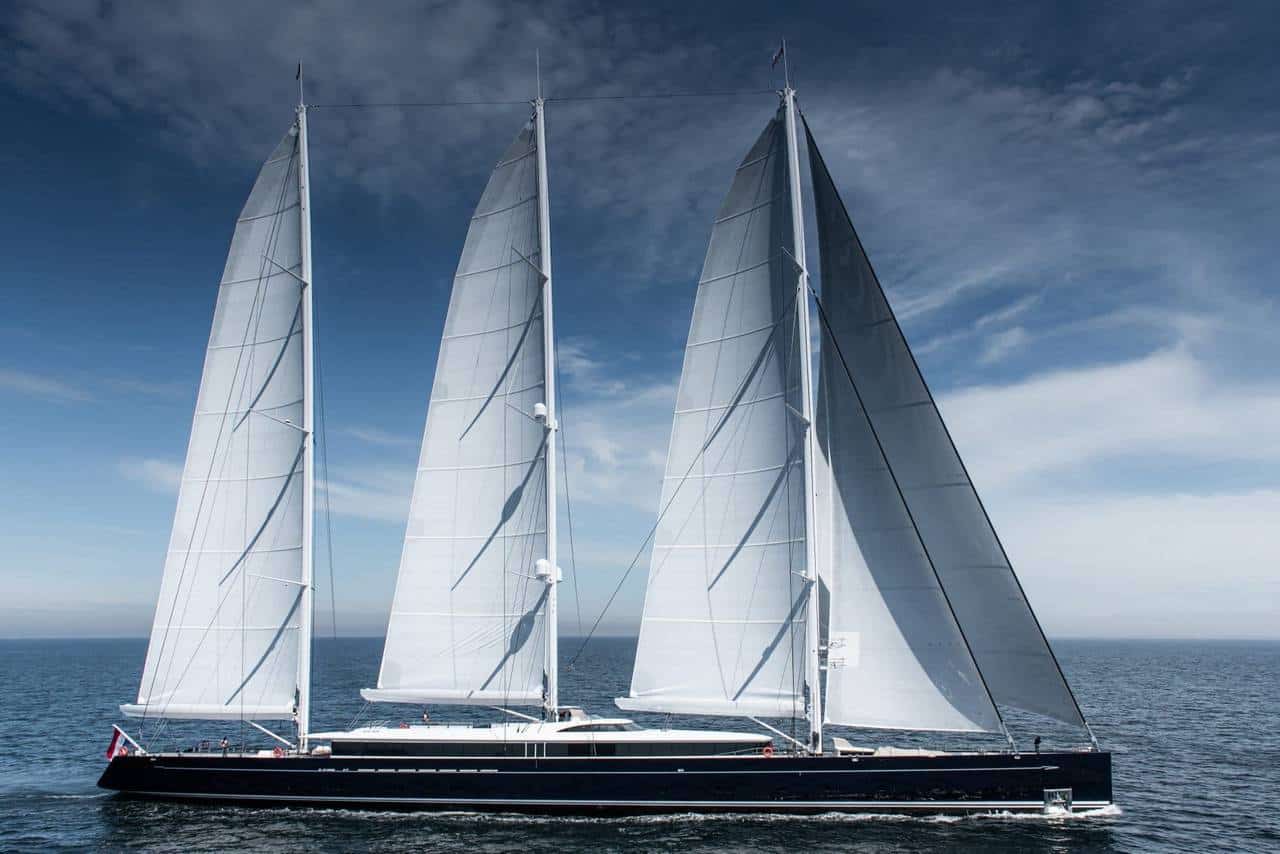 Launched in May of this year after completing sea trials off the coast of the Netherlands, Sea Eagle II is the world’s largest aluminium sailing yacht. Royal Huisman, the company behind the boat has a long and storied history of producing extraordinary boats but it has truly outdone itself with this latest vessel.

This stunning 81 metre, three-masted Panamax schooner is a product of the collaboration between Dykstra and Mark Whiteley Design that was responsible for the Aquarius which was launched in 2019.

When Royal Huisman first set out their plans for their latest launch, the company were dedicated to creating a classical yacht. However, they quickly decided that a more modern vessel was needed which is exactly what Sea Eagle II.

This stunning boat can reach speeds of over 21 knots using the sustainable and environmentally friendly Rondal Rig which can carry over 3,500 square metres of sail. Her maiden voyage to the Mediterranean was completed earlier this year with many more pencilled in for the coming months. 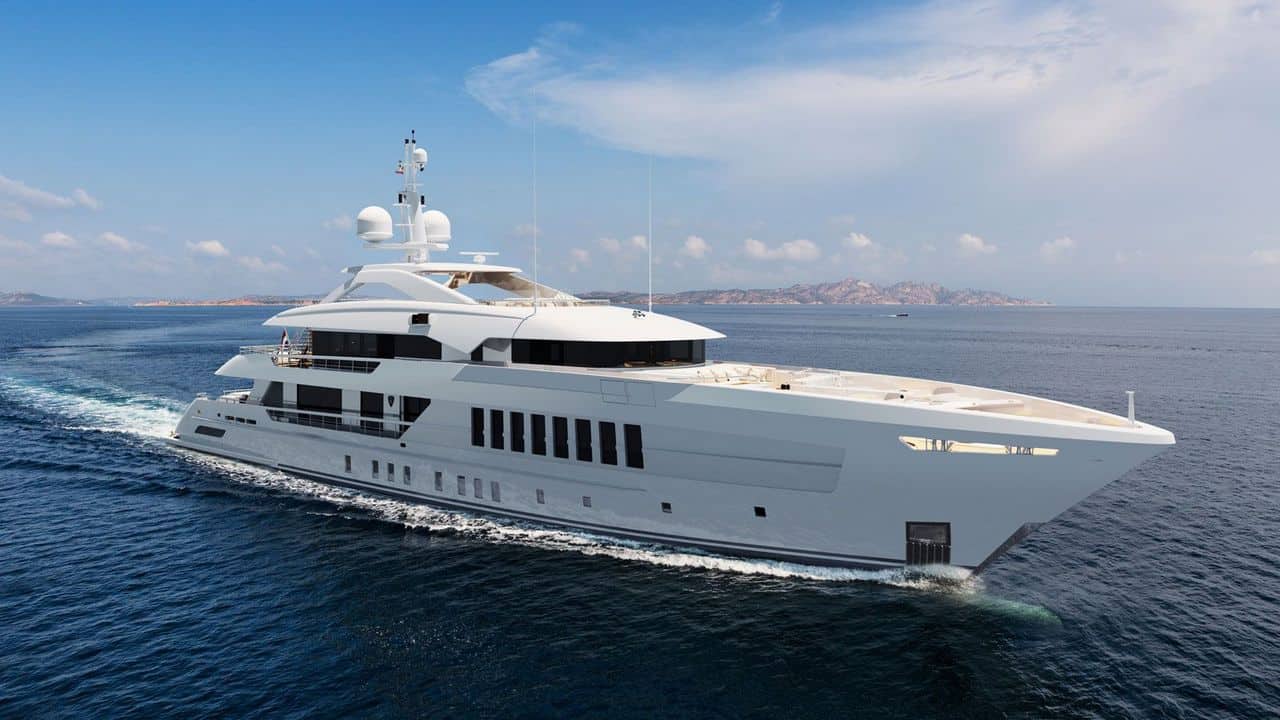 This 55-metre superyacht was designed by Omega Architects and has luxury at heart with its interior planned and designed by the prestigious Bannenberg & Rowell company. Covid-19 has wreaked havoc with the launch date of this boat, which was planned for earlier in the year.

At time of writing Heesen Yachts are still joining the hull and superstructure of the boat. Insulation, piping, cabling and outfitting have already been completed with the technical launch expected in just a few short weeks. 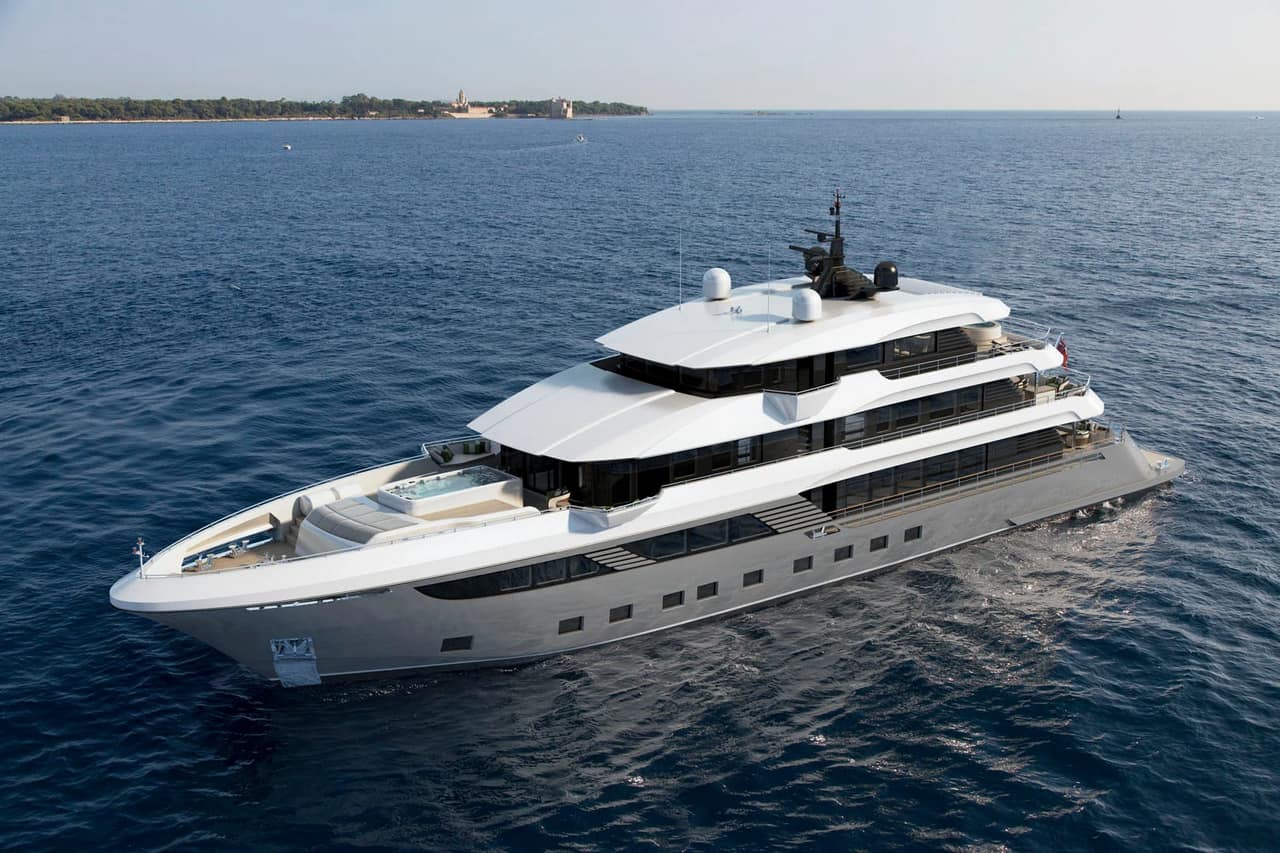 In June of this year the fabulous Majesty 175 was launched in the United Arab Emirates. The 54.4 metre boat is the latest creation from the highly experienced award-winning builder Gulfcraft. The boat’s chic interior and stunning exterior were both designed by Italian design studio Cristiano Gatto to cater for the needs of the world’s VIPs.

The Majesty 175 is one of the most spacious yachts on the market, with enough space for 16 guests to enjoy the facilities without ever feeling crowded. On board there is a stunning foredeck swimming pool, a beach club and a main deck gym. It also has a 4,430nm range at 12 knots for long-haul trips.

If you’re taken by the design of The Majesty 175 and fancy making it your own, you can for the small sum of $35 million! 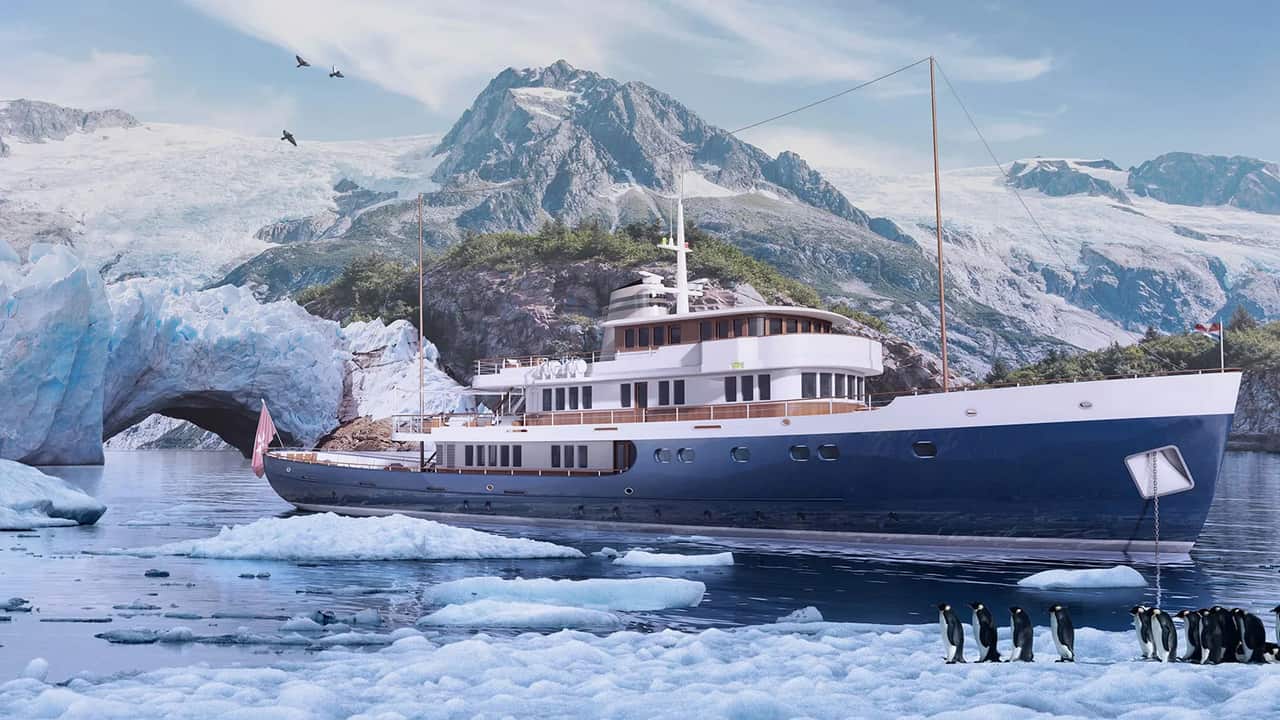 Released in January of this year before the world truly began to change, Blue II is a 55.9 metre Motor Yacht with accommodation that can hold up to 12 guests and 10 crew members. She was designed by Hoek Design Naval Architects and is the jewel in the crown of Turquoise Yachts.

Blue II has a casual, classic gentleman yacht-exterior but she was not built for navigating calm seas, she was designed for serious exploring. The complete ice-class 1B steel hull and ice-breaking bow makes her the perfect boat for a polar expedition.

Inside, the burly exterior design has been ditched for a glorious interior that will make you feel calm and relaxed even when the winds are raging outside. The spacious owner’s apartment even comes with its own study room where busy business people can retire to take care of their affairs.

15 Unusual Signs You Are Smarter Than Everyone Else