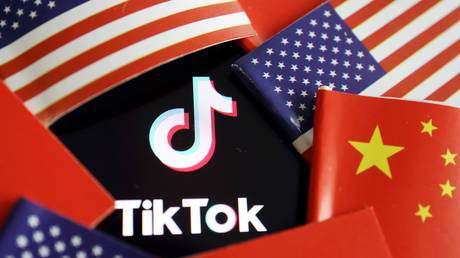 Beijing will not accept Washington’s “smash and grab” of Chinese technology company TikTok’s US operations and is ready to respond, the China Daily newspaper reported on Tuesday.

According to the state-backed paper, Washington’s “bullying” of Chinese tech companies was a consequence of a zero-sum vision of “America first” that left China with no choice but “submission or mortal combat in the tech realm.”

China had “plenty of ways to respond if the [Trump] administration carries out its planned smash and grab,” the paper said.

Short-video app TikTok has been under fire since the Trump administration accused it of collecting data on Americans and sending it to the Chinese government. TikTok has denied any links to Beijing, stressing that all its servers used for the American market are located in the US. General Manager Vanessa Pappas dismissed privacy concerns, saying the company is “not planning on going anywhere” and intends to create 10,000 US jobs over the next three years.

US President Donald Trump reversed course on a plan to ban the app when American tech giant Microsoft announced plans to partially acquire TikTok’s business. Trump gave the green light to the plan, saying the deal between Microsoft and TikTok’s Chinese owner ByteDance should be inked within 45 days. He also said that some “key money” would have to be paid to the US Treasury Department for making the deal possible.

The editor-in-chief of China’s Global Times newspaper Hu Xijin called the move an “open robbery” and said, “President Trump is turning the once great America into a rogue country.”

Technology has been a major part of the trade dispute between the two countries, with TikTok becoming the latest firm to be dragged into the fight.