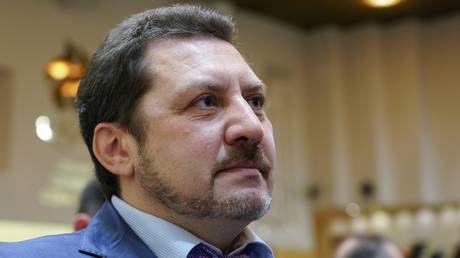 The Russian Athletics Federation (RUSAF) has paid a $6.3 million fine stipulated by World Athletics, which threatened to annul Russia’s membership if the money was not received by August 15.

“Today RUSAF has transferred $6.3 million to the World Athletics, $5 million of which is for a fine and $1.3 million is compensation for additional costs. Thus the federation has fully fulfilled its obligation imposed by the World Athletics council in March,” said RUSAF chief Evgeni Yurchenko, who thanked Russia’s Sports Ministry for helping to find the necessary financial resources.

Russia had to pay the fine before July 1, but failed to meet the deadline, prompting World Athletics to extend the date to mid-August.

Also on rt.com
‘This is a circus’: World champion high jumper Lasitskene hits out at Russian athletics bosses over long-running doping saga

The body, which suspended the process of granting neutral status to Russian competitors, said it would expel RUSAF from its membership if the money was not transferred in time.

It remains unknown whether the process of RUSAF reinstatement will resume, but so far Russian athletes are prohibited from taking part in international events even under a neutral flag.

Rovell: How Much of a Haircut Will College Football Betting Take? Maybe None.