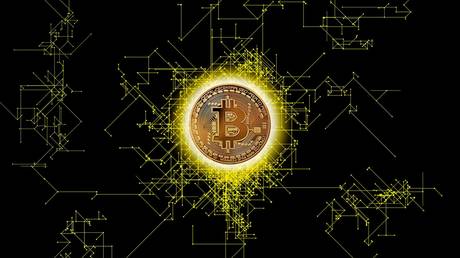 Global economic uncertainty is driving investors to alternative assets like bitcoin and gold. Boom Bust talks to Jeffrey Tucker of the American Institute for Economic Research about the difference between them.

The divide between bitcoin and gold is largely generational, while older investors prefer gold, millennials are choosing bitcoin, he says.

“Bitcoin has a lot of advantages over gold in some ways because of its portability, it doesn’t take up space, it’s weightless, it’s easier to get, and it’s actually more affordable,” Tucker explains.

However, he sees gold and bitcoin “not much as competitors but as being part of people’s safe-haven diversified portfolios.”

Bitcoin has the largest network which is actually increasing, there are gigantic increases in the volume of trading this year, and when the lockdowns came it really started to move.

“This is a serious thing, and I think it’s going to be a very long time before any other crypto competitors will have the kind of volume and market cap that bitcoin has.”

Some other cryptocurrencies are very useful, he adds, but “bitcoin is becoming that thing that seems destined to become after its top scaling, which was kind of behaving like the foundation of a crypto monetary system.”