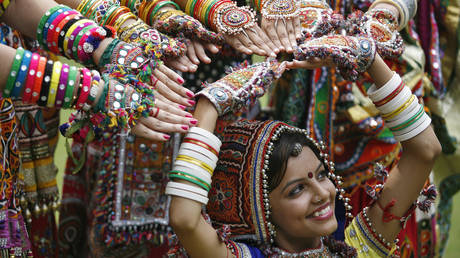 Four months after a nationwide shutdown across India, some key indicators of the economy, including exports, foreign investments and employment numbers, suggest that economic activity in the country is gradually improving.

Data shows that exports of certain commodities have risen – spice exports, for example, surged 34 percent in rupee terms in June.

The country’s ravaged automobile sector has also improved, with total exports across categories having increased by almost three percent to more than 4.76 million vehicles in the fiscal year ended March 31.

According to the Commerce and Industry Minister Piyush Goyal, India’s balance of payments is expected to be very strong. “Exports have shown a good turnaround. We [were], in July, at about 91 percent [of the] export level of the corresponding period last year,” he said, adding that imports in the same month were at 70 percent of last year’s level.

Unemployment in the country decreased in June and July, after an estimated 121.5 million jobs were lost in April 2020, said Mumbai-based think tank the Centre for Monitoring India Economy. According to its data, the number of lost jobs stood at 100.3 million in May and fell to 29.9 million in June. July saw a further recovery, with the number of lost jobs falling to 11 million.

In another sign of recovery, the latest investment figures from the Department of International Trade revealed that Indian businesses are the second-largest investors in the United Kingdom, behind the United States, with 120 new projects and 5,429 jobs in 2019-20.

Julie Chappell, the managing director of international markets at London & Partners, told India Today TV: “We did see a dip in economic activity at the start of the pandemic, but that was because of the turmoil the global economy was in. Since the past few months, investments have been increasing by Indian companies. Companies have been opening offices, and we expect investment to increase by this year end.”

How Rich is Dave Krieg?

Belgium could hit Covid-19 hospital capacity in 15 days, as it tightens restrictions in the face of growing cases — RT World News

Astronomers catalogue 1,000 worlds that can ‘see’ Earth – and are candidates for possible COLONIZATION — RT World News