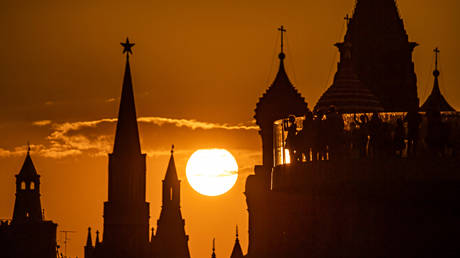 Fitch Ratings has maintained Russia’s investment grade level with a stable outlook, becoming the second of the “Big Three” credit rating agencies to keep the country’s overview intact amid the coronavirus crisis.

Despite the Russian economy set to shrink by 5.2 percent this year due the pandemic, the ratings agency said on Friday that Moscow’s long-term foreign-currency issuer default rating (IDR) stands at “BBB.” The analysts said that this emphasizes the government’s “credible and consistent policy framework, and robust public and external balance sheets,” supported by a solid sovereign net foreign asset position and low government debt.

Fitch noted that the stable outlook reflects the country’s response “to the unprecedented shock of the COVID-19 pandemic and extreme volatility in oil prices will contribute to anchor macroeconomic stability improvements and preserve the strength of the sovereign balance sheet.” At the same time, Moscow has become more resilient to external shocks and has diminished the impact of crude prices on the economy thanks to a inflation targeting, exchange rate flexibility and a prudent fiscal strategy support.

Fitch’s decision is more proof that the macroeconomic structure remains stable despite a turbulent external situation, according to Russia’s Finance Minister Anton Siluanov. He also pointed out that Russia was one of the few members of the Commonwealth of Independent States (CIS), which had managed to avoid both a rating and outlook downgrade.

Also on rt.com
Pushed by US sanctions, Russia will overtake China in gold production within decade – Fitch

However, the analysts warned that Moscow still faces high sanctions risks, especially as the US electoral cycle is approaching. While restrictions may target Russia’s major energy projects, such as the Nord Stream 2 pipeline, as well as foreign investment in local currency sovereign debt, the agency does not expect the measures to threaten the servicing of existing sovereign debt or hit transactions in US dollars for Russian banks.

Earlier this year, S&P Global Ratings, which together with Fitch and Moody’s form the so-called Big Three, confirmed Russia’s rating at BBB- with a stable outlook.