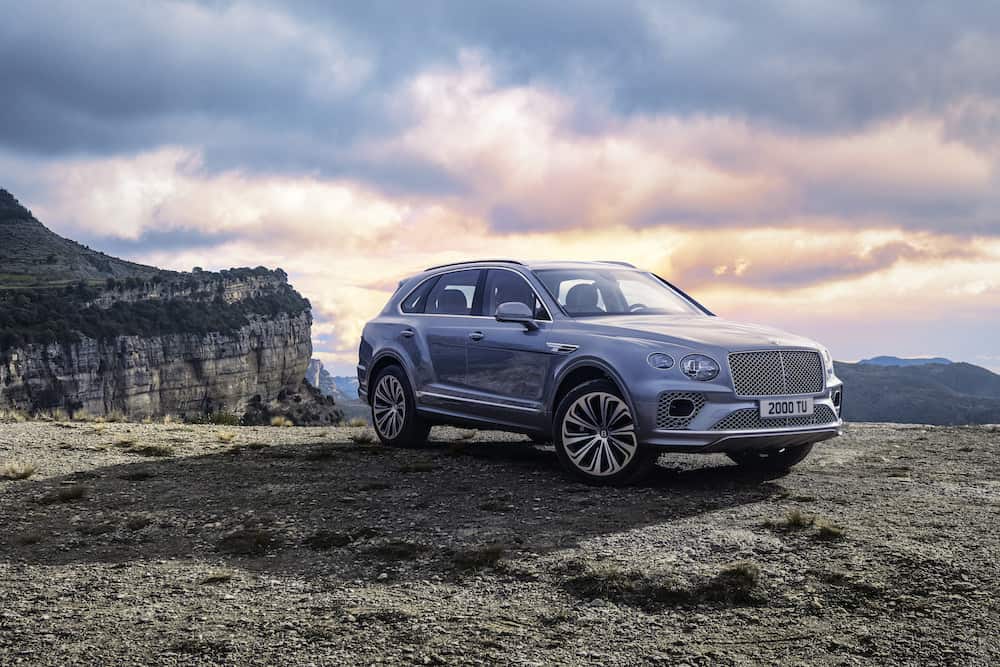 Can you believe the extraordinary Bentley Bentayga can be even more luxurious? The sought after British luxury SUV just received a major style and content upgrade, with a mid-life facelift that includes numerous cosmetic, engineering and tech updates across the board.

Unveiled back in 2015, the Bentayga has been a massive hit for Bentley, with over 20,000 models sold in just five years. But competition in the world of super luxury SUVs has become fiercer than ever today, with the Rolls Royce Cullinan, the Aston Martin DBX or the Lamborghini Urus also taking a piece of the pie.

That’s why Bentley took the wraps off the Bentayga Facelift earlier this week, the first car under the brand’s new “Beyond100” business strategy, a move that the British automaker is taking to become a leader in sustainable luxury mobility.

The new Bentayga features a clean and dynamic exterior look, inspired by the marque’s new design DNA, that was first introduced by the newest Continental GT and then by the all-new Flying Spur. Together, these three luxurious cars form a family that’s more visually connected than ever before.

Up front, you get a more aggressive front bumper, that shows this SUV is all about performance too. There’s also a larger, assertive matrix grille, while the intelligent LED matrix headlamps, with Bentley’s signature design, stand out beautifully. Another interesting update here are the heated, wet-arm windscreen wipers, with 22 washer jets in each arm, a first for Bentley.

The rear end of the car has received a refreshed look as well, with a full-width tailgate that integrates the new tail lights in style, while the license plate have been moved further down to create a cleaner appearance. The car’s stance has been also improved with a 20 mm increase to the rear track and the wheels feature an all-new design, that will be unique to the Bentayga. 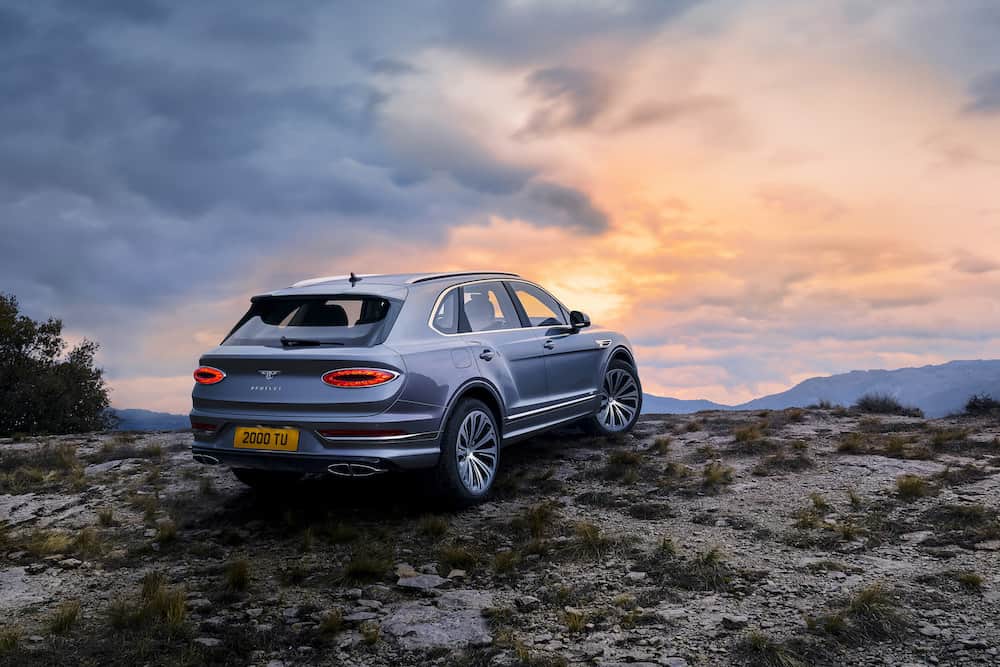 Inside the cockpit, the facelifted model looks like a brand new car, with a redesigned center fascia and a new steering wheel, new door trims and all-new seats. Passengers in the back will enjoy more space, as the leg space has been increased by up to 100 mm depending on the configuration.

As always, the interior can be refined with Bentley’s configurator, but it now offers a dark tint diamond brushed aluminum trim for the very first time and also two straight grained veneers: Koa and Crown Cut Walnut. If you’ll go for the Mullliner Driving Specification you will also have the option to go for a new quilting design, complemented by micro pipping detailing on the seats.

The five-seat model comes with an all new seat frame, that doubles the rear seat recline angle. Even better, it also comes with the option of rear seat ventilation, that was previously available only on the four-seat cabin. The four-seat model has more knee room in the upright seated position – you’ll get 30 mm extra – and in the reclined position you’ll have almost 100 mm more legroom. 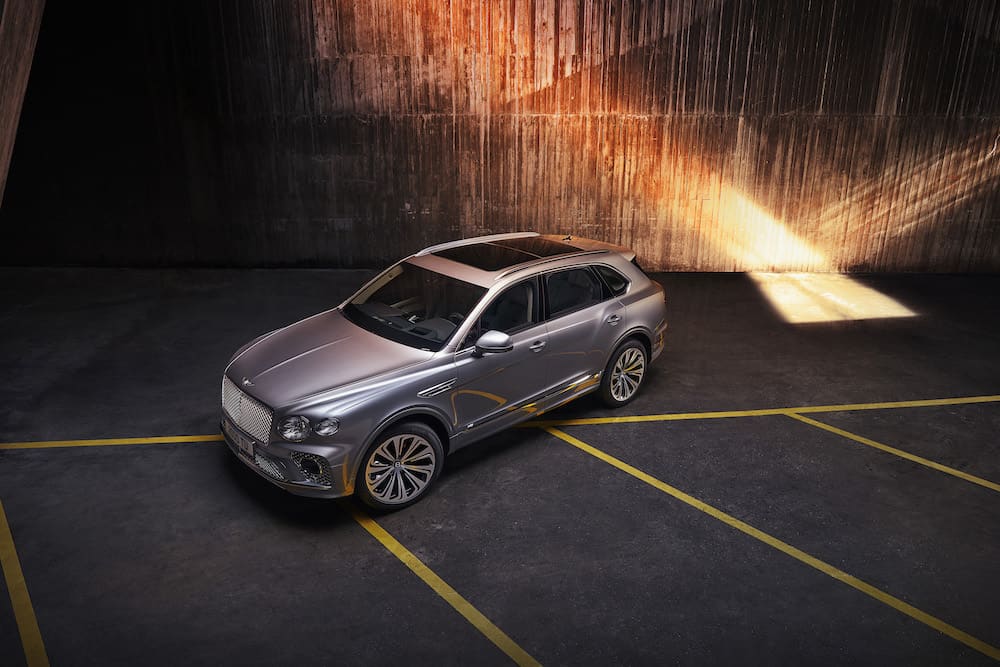 Apart from that, Bentley’s handcrafted ‘wing’ dashboard boasts a state of the art infotainment system that features a 10.9-inch high resolution display, with edge to edge graphics. The all new display offers dynamic graphics that are configurable to meet the driver’s needs.

Speaking of digital upgrades, the SUV is also equipped with the latest software and hardware to offer accurate navigation, online search and many other features. Android Auto and Apple CarPlay come as standard for the first time and connectivity has been significantly improved as well, with a wireless charger and multiple USB-C data ports.

The new Bentayga also comes with My Bentley in-car and remote services, available through a dedicated app, plus an embedded SIM, just like the newest Continental GT. Rear passengers will also get to enjoy a new touchscreen remote control tablet, that looks just like the one from the all new Flying Spur. 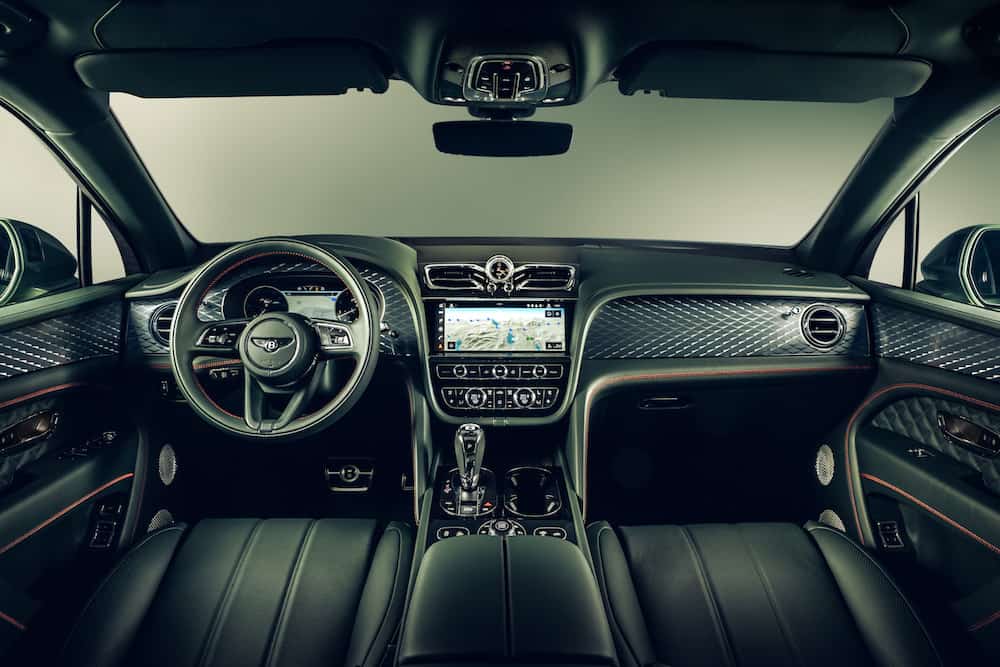 In terms of performance, the new Bentayga will be released first with a 4.0-litre twin-turbocharged V8 engine, that’s perfect for everyday usability, with 542 bhp (550 PS) and 770 Nm (568 lb-ft) of torque. But later this year the Bentayga V8 will be joined by an efficient Hybrid model and a powerful W12 Speed version.

The hybrid model will be the luxury market’s first true plug-in hybrid luxury SUV, while the performance-focused Speed version will come with Bentley’s massive 6.0-litre W12 TSI engine and it will probably include a few sporty styling upgrades.

15 RULES for being a GENTLEMAN

admin
24
Reading the lines of the hand is called palmistry and it has been practiced in India and China for over 5000 years! Millions of peop...